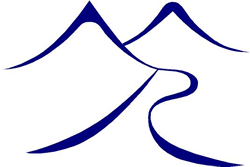 Why did you join Mountain River?
“It was the only Tai Chi school listed in West London on the British Council of Martial Arts website.”
“For exercise.”
“I'd been thinking about doing Tai Chi for some time (years actually) and when MRTC started in my neighbourhood it was exactly what I'd been waiting for.”
“I'd dabbled with Karate and Judo in the past, and discovered that they hurt too much, I wanted a martial art that made me feel good. Nearly 10 years later it's still making me feel good.”
“Recommended by a friend who is 'well preserved' for his (comparatively) advanced years and attributes this to his practice.”
“Found the website by Googling for tai chi in Richmond My colleague suggested that your affiliation with the BCCMA was a sign that you probably know what you're doing!”
“I guess we joined because you ran courses local to us and my wife went for a trial lesson and really enjoyed it.”
“I became interested in Tai chi having done a three hour session on a holiday in Centreparcs. I suppose I thought it was going to calm me down or keep me fit or preferably both. Perhaps I thought it would be a recipe for good health or was just another exercise system like Yoga or Pilates.”
“I joined Mountain River because I was always attracted to Tai Chi and once I had attended a few classes and experienced the friendly atmosphere and quality of teaching I became hooked.”
“I was looking for a sociable activity, which would allow me to unwind, de-stress and relax from my work.”
“I joined Mountain River because I was looking for something that didn't hurt my back or knees.”
“Having looked at the MR website, I was attracted by the more traditional approach it projected.”
“I came to you from a recommendation (from Mark in Bristol).”
“The people are warm and welcoming the teaching is relaxed and friendly.”
“My physio suggest tai chi to help balance the sitting in one place and typing all day. I chose Mountain River because it was recommended to me - Paula used to work with me - and because of the Saturday catch-up classes fitted with me missing lessons through work.”
“Friendly, open and accessible to all.”
“We joined Mountain River because it had a very good write up in "Time Out" and is local.”